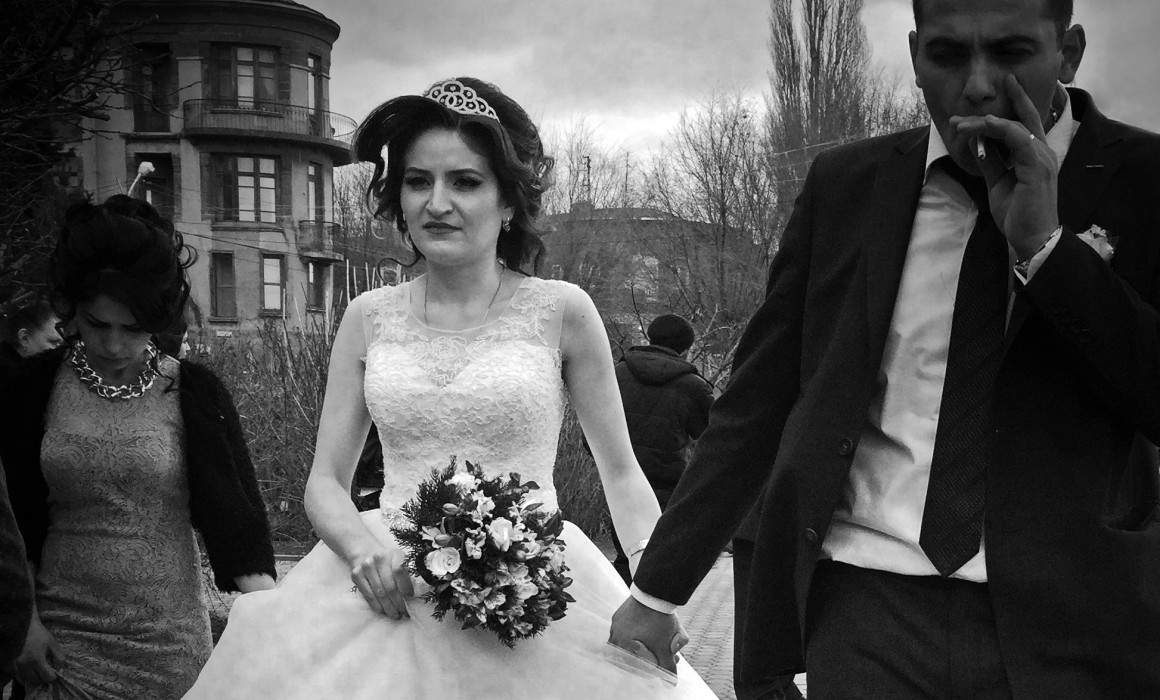 After a couple of days I felt I could create a whole story just about Susi. To tell more about the situation of young women in Armenia in general, I needed to photograph more and different women. Women with different lifestyles and different kinds of character.
So I met Lilit and Lusi. Two inseparable best friends, 20 and 18 years old. Who where still in school. With them I could spend less time, but enough to take some interesting pictures of their daily lives.
After the workshop I went back to Yerevan, where I continued working on my photo essay. Tamara stayed in Gyumri, so now I was alone. Fortunately I had been able to do some preparation before I left for Armenia and was already in contact with my fourth character, Suzie a 27 year old woman with a small baby and a 5 year old son. Suzie did speak English, so I bought an Armenian SIM card to be able to get in touch with her myself.
For several days I followed her life and became painfully aware of what it was like to be a working woman with a baby, having no possibility to actually go to work. Although she was living with her extended family, nobody could stay with the baby. After two days I could finally follow her into her working environment, the Matenadaran, the Armenian Institute of Ancient Manuscripts where she works as a Senior fund keeper of Archival documents at the department of scientific research.
Have a look at both photo stories: ‘Susi’ and ‘Young Women in Armenia’. (They will open in separate windows)